Tatjana Maria misses out on Wimbledon final despite impressive performance 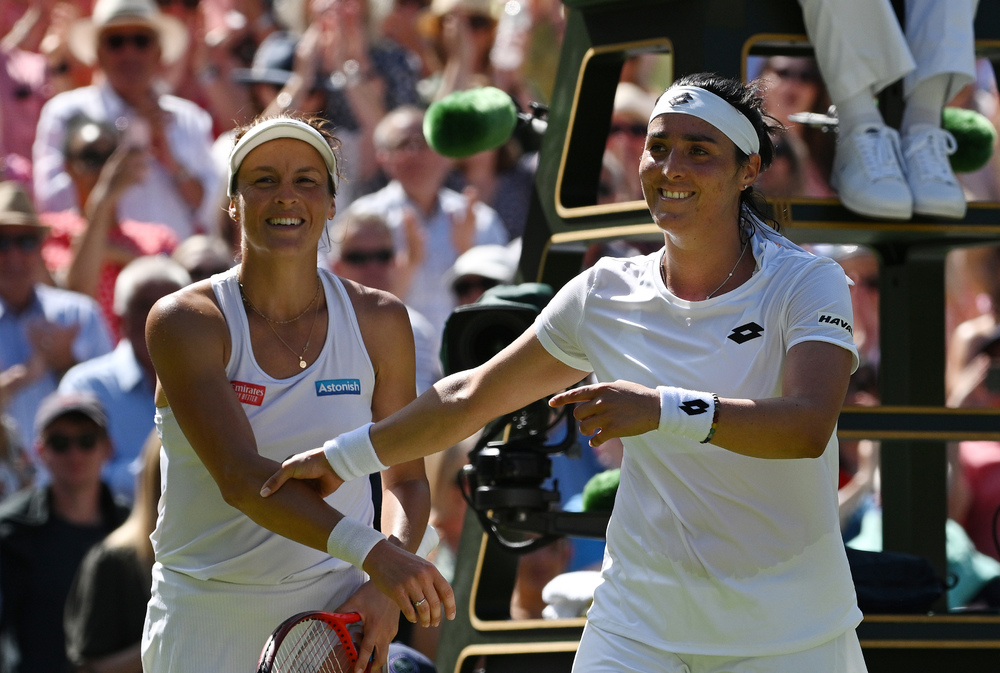 Stuttgart/Wimbledon. Tatjana Maria’s dream journey in Wimbledon is over. Despite another impressive showing, the Porsche Team Germany player has missed out on reaching the Wimbledon final after losing 6-2, 3-6, 6-1 against the world No. 2 Ons Jabeur from Tunisia on Thursday. She was nevertheless the surprise package of the 135th edition of the world’s longest-standing and most prestigious tennis tournament.
What a wonderful gesture by the victor as after the final point, Ons Jabeur took the defeated Tatjana Maria by the hand and returned onto Centre Court to receive the acclaim of the crowd together. “I love her,” said the Tunisian in the on-court interview. “She’s an inspiration for so many players, for me too.” Tatjana Maria was visibly touched long after the match in the Sky studio. “It was her moment. She had just made it to the Wimbledon final. Wanting to share her joy with me shows just what a wonderful person she is.”

Tatjana Maria needed a long time to settle in the most important match of her career, one that has been full of ups and downs. The first mother of two to appear in a Wimbledon semifinal since Margaret Court in 1975 gave the impression of being very nervous and went a break down in her second service game. It cost her the first set but in the second, she once again became the comeback queen that had pulled a number of matches out of the fire during the course of the tournament. The WTA world ranked No. 103 then relaxed, broke her opponent’s serve for the first time to level at one-set all. Ons Jabeur came back impressively. On a 10-match winning streak on grass before Wimbledon, the world No. 2 and winner of the WTA tournament in Berlin was then the more aggressive and courageous player. In the end, the Tunisian, a close friend of the Maria family who sometimes looks after the daughters Charlotte and Cecilia at tournaments, closed out the decisive third set in comfortable fashion.

“I obviously knew it was going to be a tough match as she also hits heavy slices and fantastic drop shots. We’re pretty similar in how we play,” said Tatjana Maria. “Especially in the third set, she hardly made any mistakes and had little trouble in wrapping up the match. Now I hope she’ll also win the final.” Ons Jabeur is the first player from Africa to reach a Grand Slam final where she will meet the Kazakh Elena Rybakina on Saturday.

No matter how much the defeat hurts, Tatjana Maria can be proud of what she has achieved in Wimbledon. With her impressive performances and friendly manner, she, together with her family, has won over the hearts of the world’s tennis fans. The Maria’s daily lives were described in the sports sections of the newspapers in almost as much detail as the action on the courts. However, the German who has lived in Florida for many years, had not only talked about how she manages to balance remote learning with Charlotte and changing Cecilia’s diapers with professional tennis. In the many interviews she had to give during her time in Wimbledon, she has also used her new popularity to plead for ways to make it easier for mothers to return to the Tour. Only two other mothers competed this year at the All England Lawn Tennis and Croquet Club, namely Serena Williams and Yanina Wickmayer. In Tatjana Maria’s mind, if there was improved childcare during everyday tournament life plus a child friendly order of play, then there would be more mothers on tour. She nevertheless has set her priorities, “My children come first and then tennis.”

Tatjana Maria started her 35th career Grand Slam with a three-set 4-6, 6-3, 6-4 win against the Australian qualifier Astra Sharma. Awaiting the German in the second round was the first seeded player she encountered, namely the Romanian Sorana Cirstea (No. 26) who was dispatched in three sets, 6-3, 1-6, 7-5. Against the Greek Maria Sakkari, currently the world No. 5, she only needed two sets – 6-3, 7-5. She then played her best match up until then against the Latvian Jelena Ostapenko in the round of the last 16. The 2017 French Open champion and No. 12 seed was brought to the verge of despair by her slices. Especially on fast surfaces like grass, such balls bounce very low forcing opponents to rush their shots and make mistakes. She also won her first WTA title in Mallorca in 2018 on turf. Another strength won her lots of points was her unbelievable mobility. She retrieved balls that appeared to be unretrievable, something for which her quarterfinal opponent Jule Niemeier was full of praise: “Tatjana is always in the place where the ball is in the end. I’ve got no idea how she does it. “

Impressive performance by Jule Niemeier from the Porsche Talent Team
When playing Tatjana Maria, the German youngster, who has been supported in the Porsche Talent Team since 2018, was tactically well-focussed, but it was not enough for her to win the sensational match. Nevertheless, the second Tuesday in Wimbledon was a German day of emotional celebrations. After embracing intimately at the net, Jule Niemeier shaped her hands to form a heart and departed from the world’s most famous Centre Court to thunderous applause.

“I’d have loved to have not let her go,” said Tatjana Maria later in an interview. “She was super and she really was happy for me. We can be proud to have played such a match for Germany.”

Jule Niemeier was also one of the positive features in Wimbledon and, after her impressive performances, she stands for the future of German women’s tennis. Along her incredible path to the quarterfinals, the 22-year-old knocked out the Estonian Anett Kontaveit, the No. 2 seed, and also showed no sign of nerves in her last 16 match against the Briton Heather Watson who was cheered on loudly by the spectators in the time-honoured Centre Court. After the French Open this spring, it was the world No. 97’s second ever Grand Slam main draw appearance. Going all the way to the quarterfinals was thus an incredible performance by the avowed Borussia Dortmund fan who was congratulated by the club’s German international players Mats Hummels and Nico Schlotterbeck.

Last year, she made her Porsche Team Germany debut in the Billie Jean King Cup whilst this year in April, she appeared for the time in the main draw of the Porsche Tennis Grand Prix – and now she was hitting the headlines in Wimbledon. What a step up.

Going so far at the world’s most important tournament gives her not only strength but also confidence for her career. “I’m very optimistic,” she said when bidding farewell to Wimbledon, “that it will not be my last Grand Slam quarterfinal.”

Tatjana Maria misses out on Wimbledon final despite impressive performance 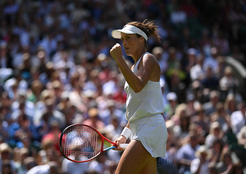 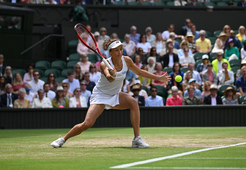 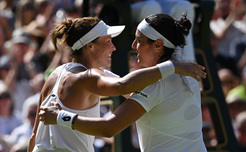 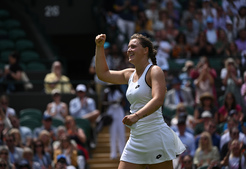