One year ago, Emma Raducanu became the first qualifier to win a Grand Slam when capturing the 2021 US Open. Ever since the magnificent success, the 20-year-old Briton has been one of the new faces in women’s tennis with millions of fans all round the world. Now the Porsche Brand Ambassador is also a part of the sensational Court Supremes photo project run by Porsche Central and Eastern Europe, Porsche AG and Radka Leitmeritz.
Stuttgart/Silverstone. The photographer from Prague who lives in Los Angeles and who has made a worldwide name for herself with fashion photos for international glossy magazines like Vogue, Elle and Harper’s Bazaar had Emma Raducanu in front of the camera at the Porsche Experience Centre in Silverstone. Together with a 1965 Porsche 911 prepared by Sports Purpose in St Pierre Bleu, exciting stylish pictures were composed that perfectly complement Court Supremes as an artistic homage to women’s tennis and its protagonists.

“To shoot with a 1965 911 was an amazing experience, and even better getting to take it for a few laps afterward”, says Emma Raducanu. “For me Porsche represents style and to be a part of a project like this that combines tennis, cars, style and art photography is very cool. Radka has done an amazing job to bring these together.”

“It was a lot of fun working with Emma,” says Radka Leitmeritz. “I’m so pleased to have got her to be a part of the project. In front of the camera, she showed an incredible charisma and perfection for her young years. I just love her fresh energy. We got some exceptional photos in a very short space of time. She has her very own style and a good feel for fashion. It was obviously a big help. And the blue 911 was simply a dream.”

The photos for her Court Supremes project in which Porsche fan Radka Leitmeritz unites her passion for photography and tennis range from intensive portraits to unusual still-lifes. They stand for passion and performance, dynamism and aesthetics. She had already photographed world class players like Angelique Kerber, Julia Görges, Iga Swiatek, Aryna Sabalenka, Victoria Azarenka, Maria Sakkari, Barbora Strychova, Marketa Vondrousova, Elina Svitolina, Petra Kvitova and Martina Navratilova for her ongoing project.  To add Emma Raducanu to the project, as a global fashionista in the tennis circuit and car enthusiast, is a perfect complement for Court Supremes.

The top stars highlighted in a creative, professional light by the Czech photographer are not only united by their sporting achievements. Many have a very special bond with Porsche. With six single titles to her name, Martina Navratilova is the record winner of the Porsche Tennis Grand Prix. Angelique Kerber, Julia Görges, Iga Swiatek and Petra Kvitova have also inscribed their names in the long-established Stuttgart tournament’s roll of honour. Angelique Kerber is also a Porsche Brand Ambassador alongside Emma Raducanu.

Fans can view the photos in internet at www.porsche-tennis.com/court-supremes. 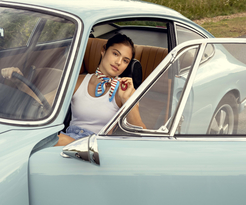 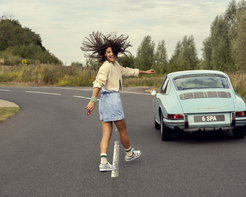 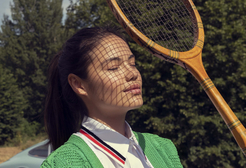 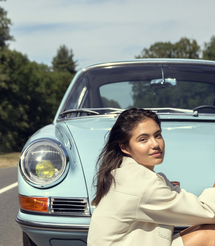 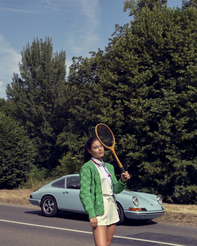 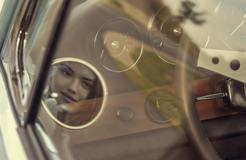